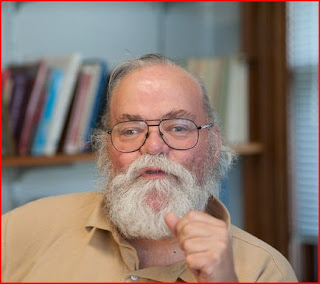 If you were at Brown anytime between 1969 and 1975, or were part of the Brown Debating Union ever, you might well have known Al Snider ’72 from West Covina, CA, better known as The Big Tuna. It is with the deepest sadness that I report the recent death of my sometime debate partner, longtime fraternity brother, and all-time friend at the tender age of 65, at his home in Burlington, VT. Here’s a link to the NY Times obit (not a hoax - someone obtained the paper NY Times and found it there, too):
http://www.nytimes.com/2015/12/17/education/alfred-c-snider-prominent-teacher-of-debating-is-dead-at-65.html?_r=0

The  Tuna’s exploits at Brown were the stuff of legend. He was a master bridge and hearts player, made the Providence Police Dept.’s “Top 10 Parking Violators” list (he had just shy of 400 open tickets at the time), and got married in Manning Chapel on Good Friday to his first wife, whose parents disowned her when she ran off to be with Al. Rev. Dick Danenfelser presided, and both Louis and Dominick of the Louis Restaurant attended in full stained-apron attire. More interesting parts of his story will cost you one (or more) drinks.

Al was also a national top-10-ranked debater, and had his greatest successes there partnered with (the late) Bruce Owens ’72, aka “Hotep X.” With me, he helped hire Dr. Barbara Tannenbaum as our debate coach when the Theater, Speech, and Performing Arts Dept. did not yet exist – without Barbara today, of course, Brown would not be Brown.

When we graduated, I suspected Tuna would die in a drug deal gone south – or some equally ridiculous manner – before he turned 30. But through the influence of Bob Huber, debate coach at the Univ. of Kansas, Al got a Ph.D., and created a world-renowned program at the Univ. of Vermont. This was the crazier because Al hated snow more than I do, which is a lot of winter-hate.

The Tuna’s greatest legacy is his living proof that we truly can be whoever and whatever we want, and we get the life we choose. Our fate is not anyone else’s fault. (I hate to think what his could have been if it were up to some others …)

If you doubt this about yourself and find life in general a doubtful struggle, please let me know and I will convince you of your great hope, possibilities, and self-worth as The Tuna would have.