Chad Nelsen '92, Darren Rosenberg '92, Victoria Wu '15 and Jarrid Johnston '10 got together with Brown Club and local parents and students at Corona del Mar HS Tuesday night to discuss how their personal curricular choices impacted their careers .


If you missed this provocative conversation, don't worry! We look forward to hosting similar forums in the future. 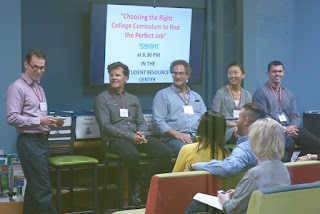 Excerpted and Reprinted from: CATHY LAWHON, UC IRVINE ON APRIL 22, 2015
Irvine, Calif., April 22, 2015 – Enrique J. Lavernia, dean of the UC Davis College of Engineering and member of the National Academy of Engineering, has been appointed provost and executive vice chancellor of UC Irvine, effective July 1, 2015. He will report to Chancellor Howard Gillman.
In his new role, Lavernia will be UCI’s chief academic and operating officer, assuming primary responsibility for the university’s teaching and research enterprise, which includes 12 schools, nearly 3,000 faculty and 192 degree programs. He succeeds Michael Clark, who has served on an interim basis since September 2014, when former provost Gillman was appointed chancellor.
“Enrique Lavernia is an outstanding scholar and accomplished administrator,” Gillman said. “He has received the highest possible recognitions as a faculty member, and his record as a dean – working in partnership with schools across the university – demonstrates an impressive ability to work with faculty, students and staff to promote excellence and make a real difference in the world. He will provide the leadership our campus needs to realize our highest ambitions. It is with great enthusiasm that I welcome him back to the Anteater family.”
Lavernia, 54, joined UCI in 1987 as an assistant professor of materials science and engineering in the Department of Mechanical Engineering. In 1998, he was appointed chair of the newly formed Department of Chemical Engineering & Materials Science and was named the unit’s Science Teacher of the Year. He was made a Chancellor’s Professor in 2002.
That same year, Lavernia accepted the deanship of UC Davis’ College of Engineering. During his tenure, it evolved into one of the nation’s fastest-growing and most prestigious engineering schools. Nine members of the faculty, including Lavernia, became members of the National Academies. Research expenditures doubled, 88 professors were hired and student enrollment increased by 22 percent, with significant increases in female and Hispanic undergraduates. Lavernia also served as UC Davis’ interim provost for two years as the campus transitioned to a new chancellor, resuming his position as engineering dean in 2011.
Lavernia earned a bachelor’s degree in solid mechanics at Brown University and a master’s degree in metallurgy and a Ph.D. in materials engineering at the Massachusetts Institute of Technology. He is an author on more than 500 journal articles, has presented over 200 conference papers and has written one book. His research focuses on the synthesis and mechanical behavior of nanostructured metals and composites, with an emphasis on the influence of multiple length (from micron to nano) scales on novel phenomena.
A search committee of faculty, students, staff and community members reviewed nearly 200 candidates. Frank LaFerla, chairman of the panel and dean of UCI’s Francisco J. Ayala School of Biological Sciences, said that Lavernia has a unique combination of “prestigious academic and research accomplishments, professional recognition, and a firsthand understanding of the faculty experience and operations of the University of California.”

Still wondering what you’re going to do after graduation? Considering a career change?
Want to network with fellow OC Brown alumni?

Come join Brown Club Orange County and our Corona del Mar H.S. hosts for a discussion with four distinguished, local Brown alumni on Tuesday, April 26th as we talk about how Brown prepared them to take on roles of leadership in four different professions.

These alumni cover the gamut from entrepreneur to corporate professional and from the not-for-profit world to corporate finance, manufacturing, and cutting edge biological R&D. 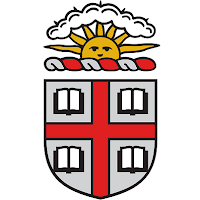 Brown Club Orange County will host four distinguished, local Brown alumni on Tuesday, April 26th to talk about what they do, how they came to do it and how Brown prepared them to take on roles of leadership in their professions.

The members of this panel - Chad Nelsen '92, Darren Rosenberg '92, Jarrid Johnston '10 and Victoria Wu '15 - cover the gamut from entrepreneur to corporate professional and from not-for-profit to corporate finance, manufacturing, and cutting edge biological R & D.

If you are thinking about a career change or are just interested in meeting four interesting fellow alumni, you won't want to miss this conversation.

Brown Club OC showed up to support the Brown Women's Water Polo team as they edged out Chapman 10-9 at Chapman Wednesday, March 30th.

The teams were well matched, and the lead switched back and forth several times.
The Bears caught a second wind in the 4th quarter and piled on the points with a 3-point lead at one point and a final score of 10-9 Bears!

The event was held at the beautiful Allred Olympic Pool next to the Chapman football stadium, and BCOC joined the players, Coach Felix Mercado, Asst. Coach Allison Kosich, and Operations Asst. Trent Calder for pizza. Special thanks to Marc and Marcia McReynolds '79 and Chris Gomez '05 for picking up the tab!!
Go BEARS!!!